IRELAND’S biggest cinema was evacuated this evening as armed gardai stormed the building.

Large crowds are still gathered outside Cineworld on Parnell Street in the city centre with reports of six cop units on the scene. 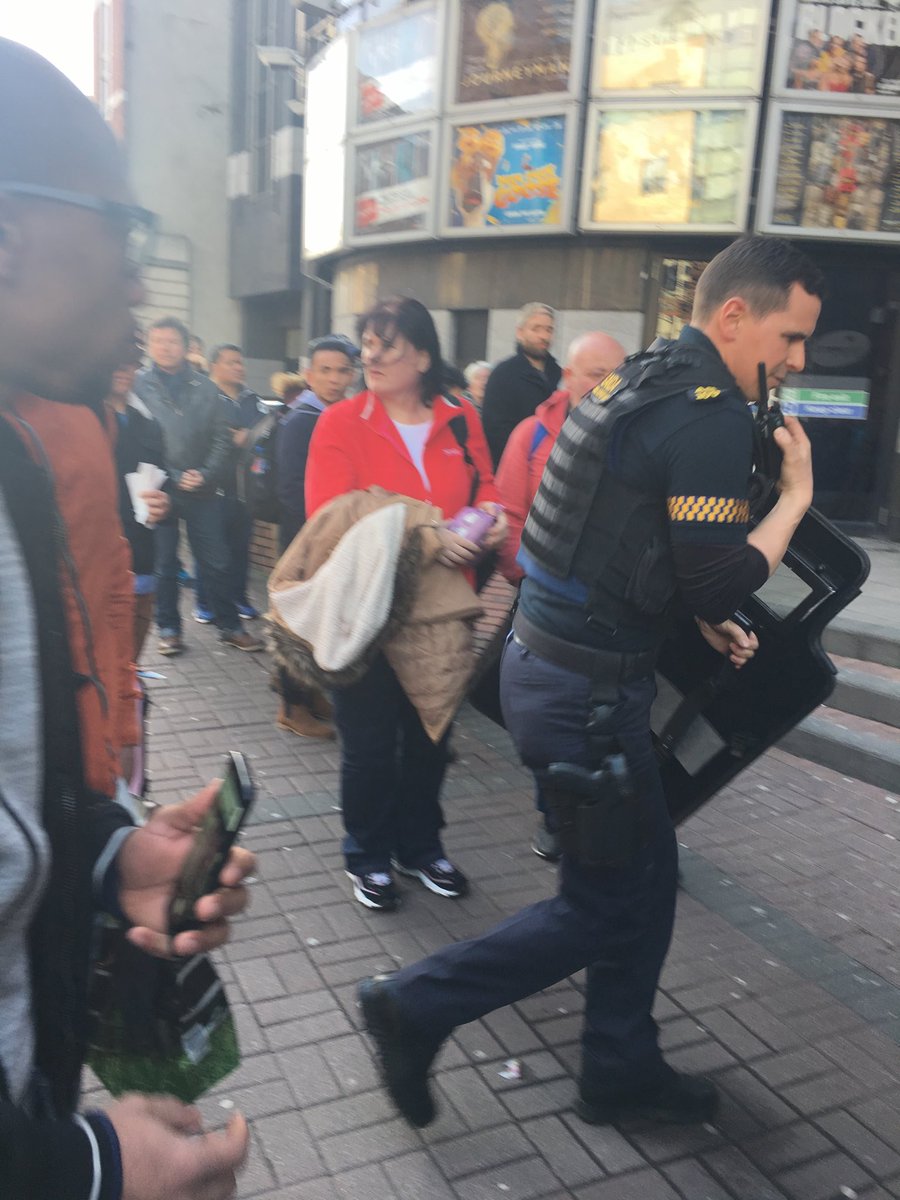 The drama unfolded at around 6.30pm, but cops have now confirmed they responded to a “false alarm.”

One punter on social media posted a picture of a member of the Garda Armed Support Unit with a shield.

Another told how gardai swarmed the premises just after he bought his ticket.

He wrote: “Just came out from buying tickets in Cineworld, a whole squad of armed gardai piling inside as we were leaving…what is going on in there?”

While Michelle Conolly said: “Cinema closed due to mystery incident in progress. 3 armed Garda units outside.”